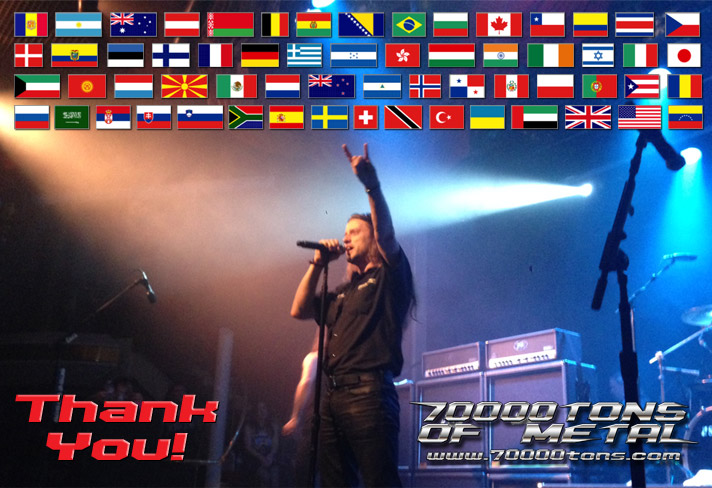 Let me take this opportunity to thank all of you for making 70000TONS OF METAL 2014, The World’s Biggest Heavy Metal Cruise once again such a success! This last year has not been an easy one, I went through a personal situation which took me out for quite a while and as a result all of you went through a lot of waiting and suspense. I will make personally sure that such a thing will not happen again!

Thank You to Royal Caribbean International and the entire Crew of the Majesty Of The Seas for having us on board!

Thank You to all the Crew, Employees and Partners of Ultimate Music Cruises Inc. for all your dedication and hard work!

A very special Thank You to all Volunteers of 70000TONS OF METAL 2014! Without you The World’s Biggest Heavy Metal Cruise would not happen!

It makes me incredibly proud to have had all of you on the same boat!

I am looking forward to welcoming you all on board once again next January for round five of 70000TONS OF METAL, The World’s Biggest Heavy Metal Cruise! And for the ones that missed the news: There will be 60 Bands next year… stay tuned for more… VERY SOON!

One more time: Thank You! All of You!

And BTW, Thank You WeFe for the nice snapshot 😉