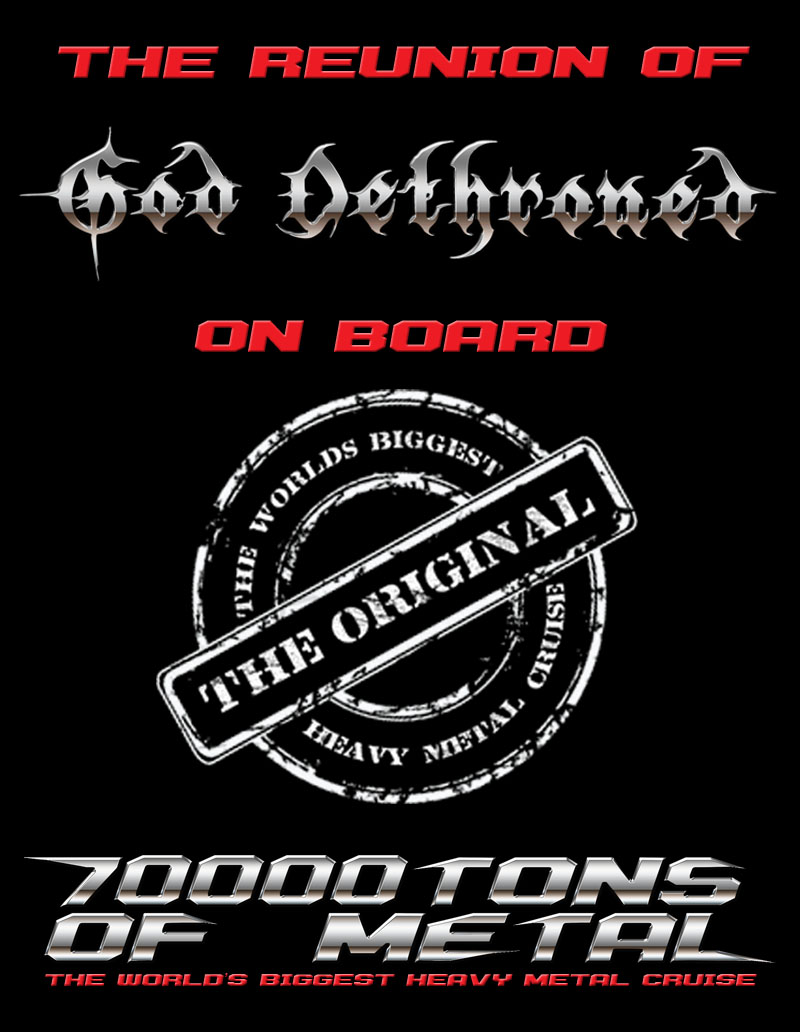 Exactly 3 years after their farewell performance on board 70000TONS OF METAL in January 2012 we are proud to announce the band’s return!

It will all begin with 70000TONS OF METAL, The World’s Biggest Heavy Metal Cruise, sailing to Jamaica in January 2015.

“In early 2011, I was facing two options: one was to announce a break, and the other option was to quit the band. I definitely needed time away from it all, and having a break wasn’t reassuring enough to know if I would be able to recharge the batteries for another go.”

“Oddly enough it was at the funeral of the man who discovered us in the first place that I came to realize the story wasn’t finished yet. So here we go again. Don’t think you will be able to see us playing every club for weekends on end. We will only play a small selection of shows and this won’t happen before 2015. Besides that, the core of the band will consist of only Michiel and myself. We’ll have some cool guest musicians lined up, though, to make sure we’ll give you the best performance possible.

Last but not least, our first shows will be where we played our last ones three years ago. Our rebirth will happen on board 70000TONS OF METAL 2015. See you on board!”