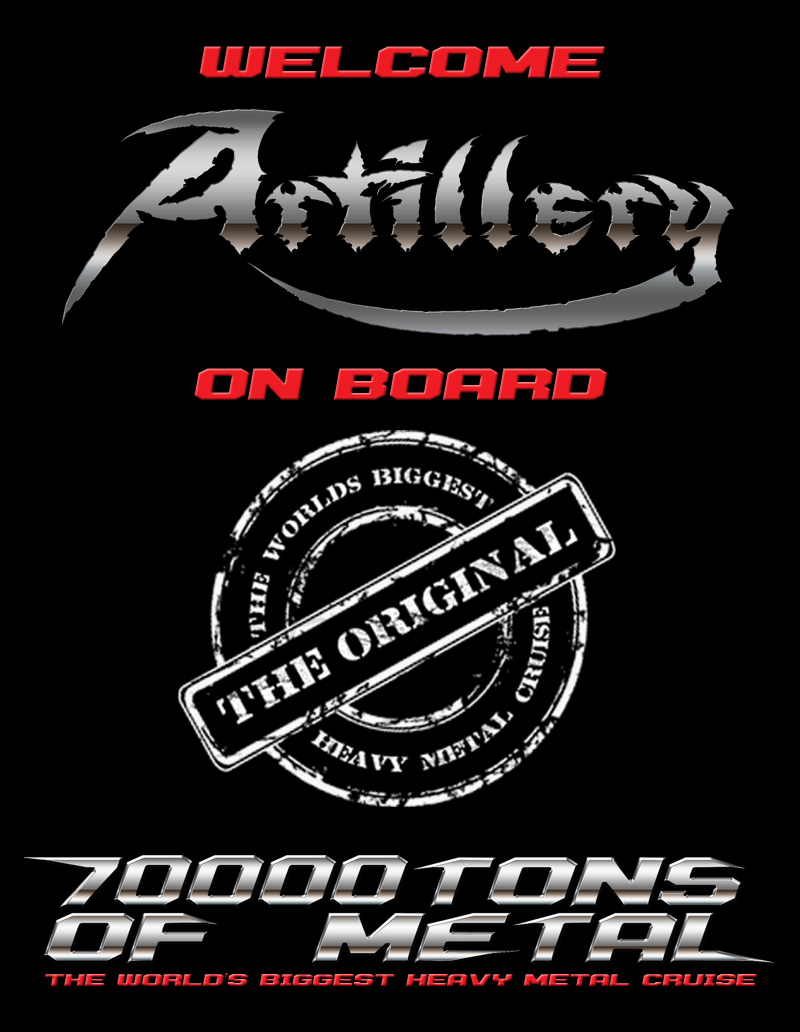 After crossing the Baltic Sea we dropped off another Scouting Party in Denmark to look for some pretty girls. As soon as they set foot on land, they got shelled by heavy ARTILLERY.

Since 2015 marks the 30th anniversary of their debut album, ARTILLERY will play Fear Of Tomorrow in its entirety as one of their two shows on board 70000TONS OF METAL, The Original, The World’s Biggest Heavy Metal Cruise.

Shall we leave our second Scouting Party in Denmark and sail on without them?