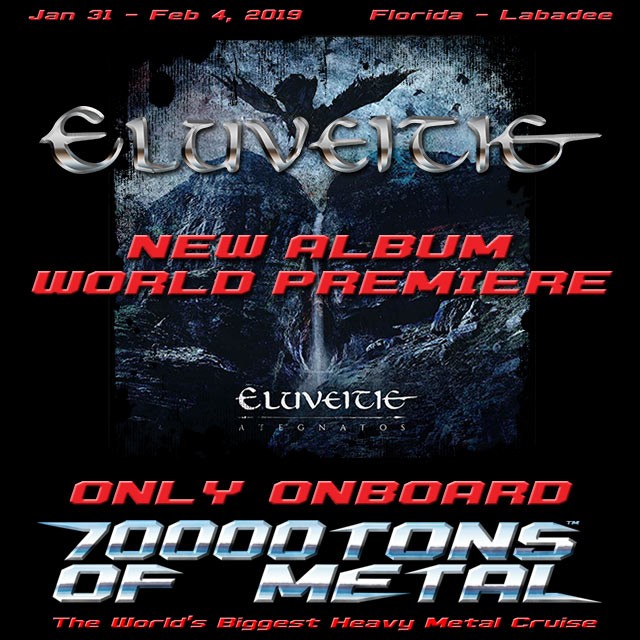 Sailors, we are proud to announce that we will host the exclusive World Live Premiere of Swiss Folk Metal sensation ELUVEITIE’s new album “Ategnatos” on board Round 9 of 70000TONS OF METAL, The Original, The World’s Biggest Heavy Metal Cruise.

To celebrate the upcoming release of their full-length album, ELUVEITIE will perform songs from “Ategnatos” live for the first time ever. We are proud to also host an exclusive listening party so that our Sailors are the only ones who will hear the new album in its entirety before its official Worldwide release on April 5th, 2019.

Will you be on board tomorrow?