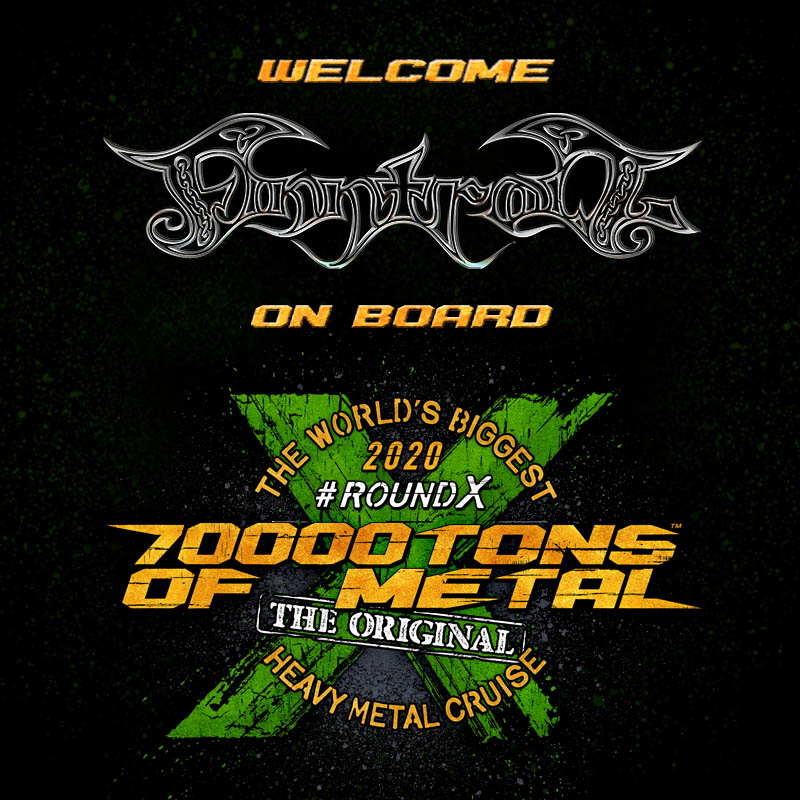 FINNTROLL takes to the seas on board 70000TONS OF METAL, The Original, The World’s Biggest Heavy Metal Cruise alongside 3,000 Sailors from across the globe!

You’ll have a jolly good time watching these Finnish folk maestros on stage. That’s not all, however, because they will be performing two very special shows only on board Round X:

Who would want to miss out on such a special occasion? Don’t get left “B”ehind on January 7th… make sure to reserve your spot now!