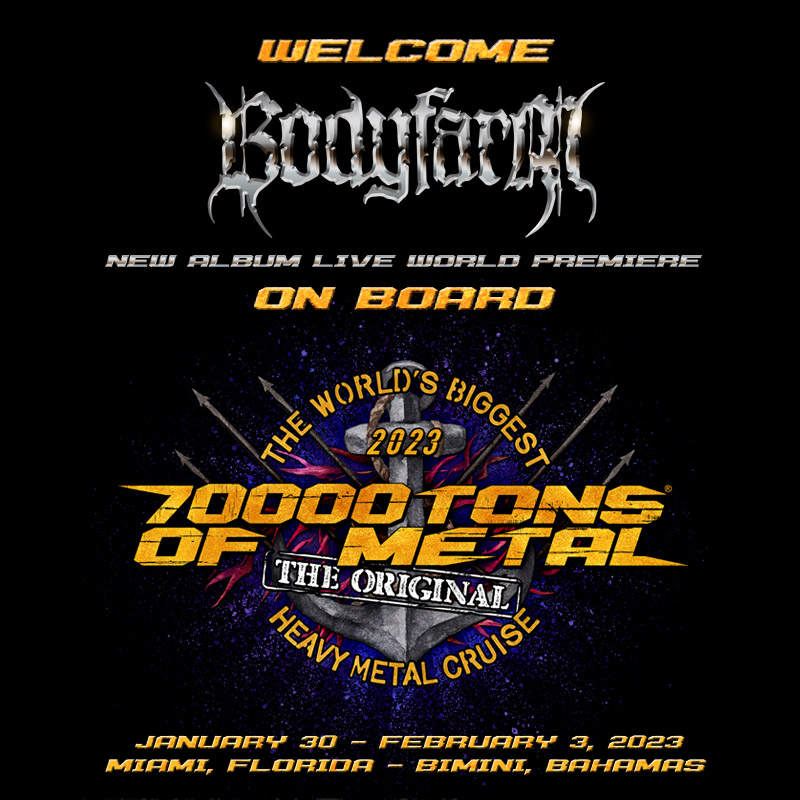 The sounds of cannon fire will be deafening as BODYFARM carves their warpath through the Caribbean on board 70000TONS OF METAL!

That’s not all, as this is The Original The World’s Biggest Heavy Metal Cruise… one of their two performances will be an Album World Live Premiere of their upcoming release, “Ultimate Abomination” where they will play this album from front to back for you Sailors! That’s right, you will be amongst the first people on the planet to see it live… but only if you are joining us at the end of the month. “D”idn’t we say that this would be the ultimate Heavy Metal vacation?